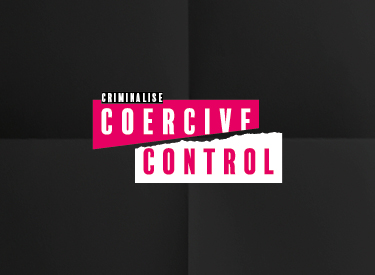 Australia’s leading premium content and experiences company has built a coalition of significant women’s groups and legal advocates to lobby State and Territory governments to criminalise Coercive Control, which in New South Wales is associated with 99% of cases where a woman is murdered by her partner or ex-partner.*

The Coercive Control campaign is the third iteration of Are Media’s Activist Agenda. In 2019 the Stop Elder Financial Abuse campaign, launched in partnership with the Australian Banking Association (ABA), secured agreement from governments to establish baseline minimum standards for Power of Attorneys (POA) and to create a mandatory national online register. In 2018, the Federal Government agreed to remove the GST on women’s sanitary products following years of lobbying and Are Media’s ‘No Gender Selective Tax’ campaign.

Brendon Hill, CEO at Are Media said: “Our first two Activist Agenda campaigns have both driven significant legislative change for women of all ages across Australia. Now we are taking on the unacceptable practice of coercive control which is the root cause of serious injury and murder of women across the country. Over the coming six months our leading brands will help educate and inform our audiences and, together with our coalition partners, lobby State and Territory ministers to make meaningful changes and end violence towards women.”

Coercive control is the foundational element of domestic abuse towards women in which the perpetrator uses emotional, psychological and other non-physical abuse to intimidate and control their partner. It is an inevitable lead up to physical abuse and, too often, to domestic homicide.

Developed by Story54, Are Media’s commercial insights, content and marketing division, and spearheaded by The Australian Women’s Weekly and Marie Claire, together with 40 of Are Media’s leading brands, the coalition includes White Ribbon, Small Steps for Hannah, Women’s Safety NSW, Queensland Women’s Legal Service and journalist and author of “Look What You Made Me Do”, Jess Hill.

An advertising campaign called ‘Join the Dots’ which highlights the indicators of Coercive Control has been created by Story54. Designed to drive education and encourage people to sign a petition calling on laws to be changed, the ads will run across Are Media’s women’s brands with specific ads targeting men across its auto division. 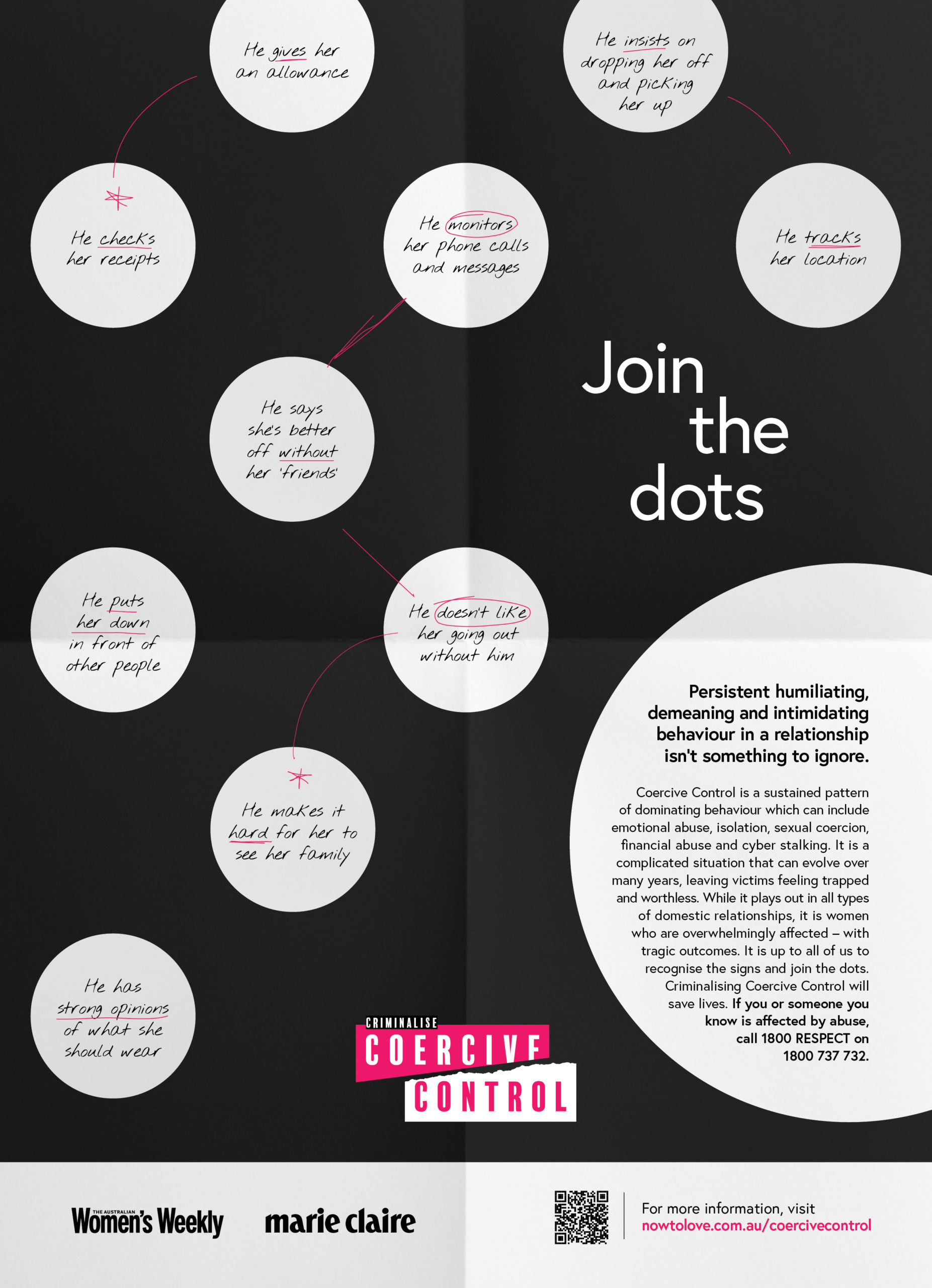 Jane Waterhouse, general manager of Story54 said: “Our brands are well placed to drive understanding and awareness of such a complex issue and through our magazines we have the ideal environment to share these harrowing stories and spark an in-depth conversation with our audiences.”

The coalition is a single issue, politically bi-partisan group calling on governments to take immediate steps towards introducing an offence of Coercive Control, including:

The launch of the Criminalise Coercive Control campaign was held today at the head office of Women’s Safety NSW in Sydney.

Nicky Briger, editor of Marie Claire, said over the coming months the media group would be using all its titles and its 30 million strong social network to underline the appalling way in which many women around Australia are emotionally and psychologically abused by their partners.

“Importantly our nine million readers will be left in no doubt where the federal government and each state and territory government stands on the issue. We will be holding our lawmakers to account until the law is introduced,” she said.

What is coercive control?

.The signs and behaviours of coercive control include:

Governments across Australia have consistently failed to address this major issue, despite the overwhelming evidence it is a precursor to physical violence and often murder.